Enjoy the Great Buddha of Nara, the pride of Japan’s World Heritage and power spot 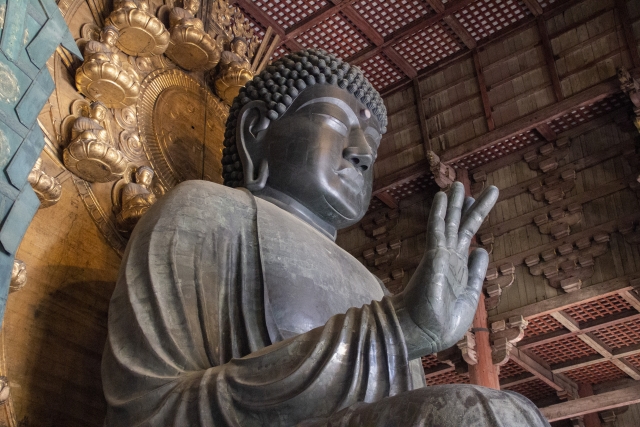 What is the Great Buddha of Nara?

What exactly is the Great Buddha? The word “Daibutsu” means “large Buddha statue” in Chinese characters.

According to one theory, a standing statue of 4.85 meters or more applies to this great Buddha. The reason for this is not certain, although there are various theories, such as the theory that the Buddha was about that tall, or the height of the Buddha when he appeared in this world.

And this Great Buddha is enshrined in “Todaiji Temple”.

What is Todaiji Temple?

Todaiji Temple was built about 1,300 years ago, when Japan was then in the “Nara Period”.

Emperor Shomu was a deep believer in Buddhism. At that time, social unrest such as epidemics and disasters were widespread, and people were exhausted. In order to save them with the power of Buddhism, Emperor Shomu built Todaiji Temple. Some say that as many as 2.6 million people, about half of the population at the time, cooperated, so there is no doubt that this was a major undertaking that had considerable power and appeal. 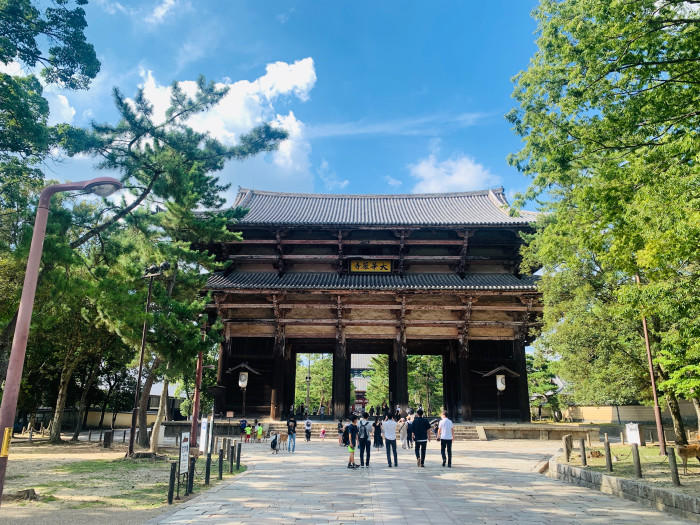 Let’s head for “Namdaemun” with deer relaxing here and there by your side. It is a whopping 25 meters high! Take a deep breath and pass through the impressive gate. 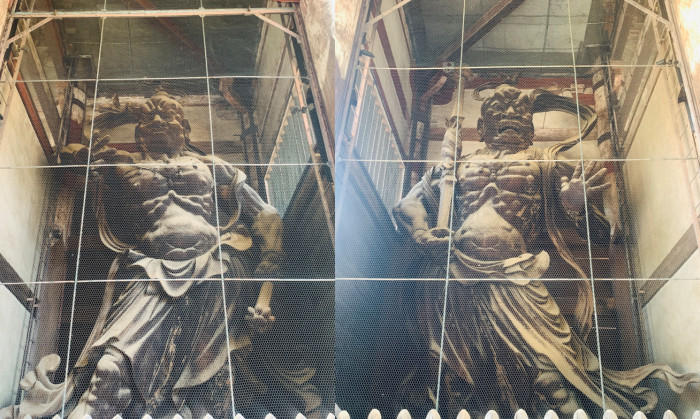 On either side of Nandaimon, the “Kongorikishi Statue” completed by Unkei, Kaikei and other great Buddhist sculptors proudly shows off its appearance. It is one of the largest wooden statues in Japan, measuring approximately 8 meters. It is also a must-see.

This is the Great Buddha of Nara, a wish for the banishment of plague and disaster! After the ticket center is the shutter point. This is the Daibutsuden, where the Great Buddha resides! 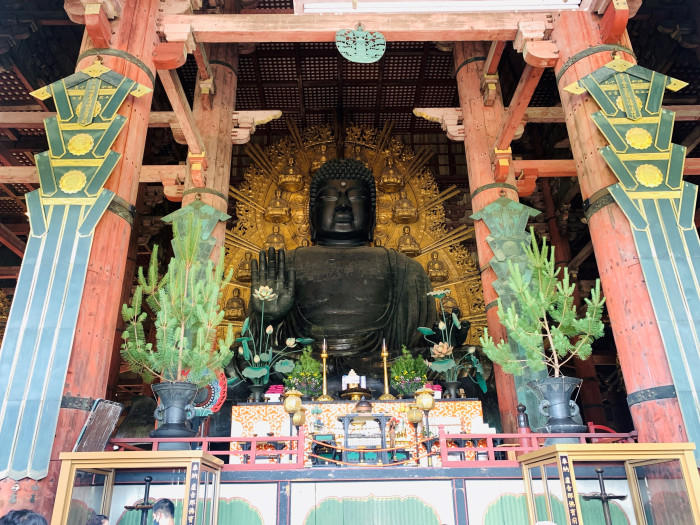 When you finally enter the Daibutsuden, the Great Buddha is seated right in front of you.

The Great Buddha of Nara is officially called “Rushanabutsu,” or Rushanabutsu, and is about 15 meters high, or 18 meters including the pedestal.

The Great Buddha is facing forward with his right hand. This means “do not be afraid,” and his left hand means “I will grant people’s wishes. Japan at that time was suffering from plague and disasters. The Daibutsu-sama represents Emperor Shomu’s kind prayer for relief from such suffering.

Please join hands and pray to this Great Buddha of Nara. You will surely have a peaceful moment, detached from everyday life! 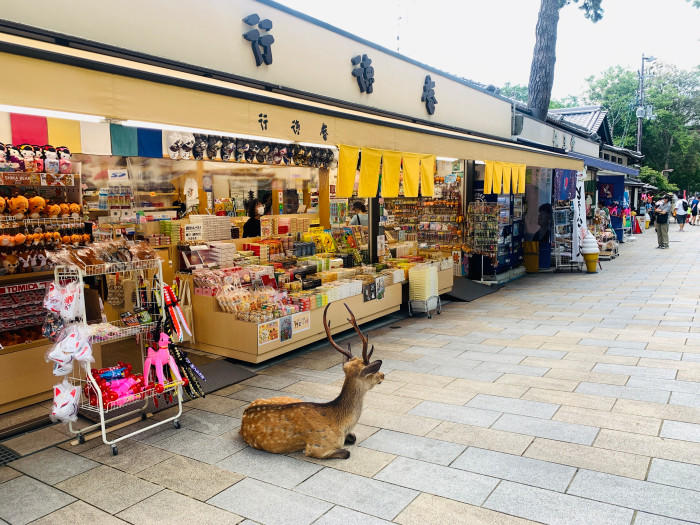 After a leisurely visit to the Great Buddha, buy some souvenirs and spend some time playing with the deer. Be prepared from the moment you buy the deer crackers to give to the deer. The deer will come up to you and ask for them. 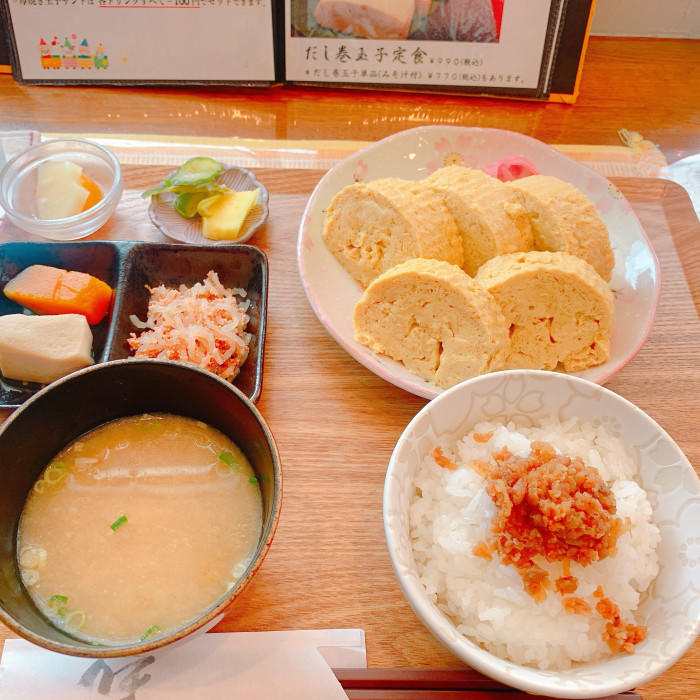 If you are hungry, try Someya Shoten’s gentle dashimaki set meal. You will be impressed by the dashimaki, which is very fluffy and soaked in the most delicious dashi broth. The dashimaki can be ordered separately, and egg sandwiches, omelettes, and other egg-loving delicacies are also available. 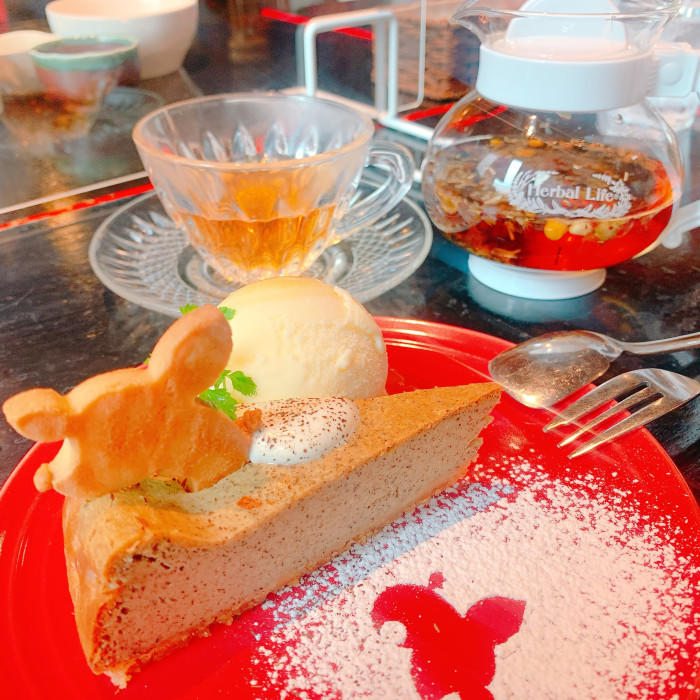 If you have come all the way to Nara, you may want to take a trip all about deer. How about some delicious cakes and tea at a café with a deer motif that has been converted from an old private house? The deer-shaped cookies are very cute. 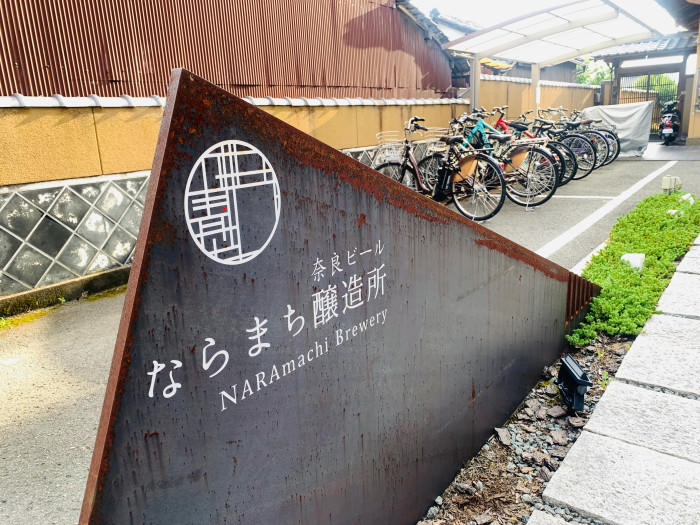 It is about a 15-minute walk from Todaiji Temple. There is a craft beer brewery, “Naramachi Brewery of Nara Beer”, which is again a must for beer lovers. I recommend it because you can enjoy Nara’s exclusive beers brewed right here at the store! There’s even a to-go version that would make a great souvenir!

How was it?
Nara is a great city for strolling through history, exploring nature, eating and drinking. Come and visit us!